The 11-year-old sandbox game Terraria, and one of the most precious releases of recent years, Core Keeper, now have a crossover event. We’ve got everything you should know about this combination of two addictive games.

After receiving mostly positive reviews from critics and fans alike, the first crossover of two top-rated game series is now available. Fans of Core Keeper and Terraria have been enjoying a crossover event.

After receiving positive reviews from critics and fans, the developers of the indie games Terraria and Core Keeper have teamed up to bring gamers a new crossover event. The crossover took place on September 26 and 28.

Core Keeper offers players some new features, including a new teleport system. Players are also able to become friends with the Cavelings. The new additions to the game are now permanent after the 26 September update. As for the game itself, players can expect to be able to explore the voxel world and craft items.

Players can also look forward to a new in-game boss, the King Slime, reminiscent of the boss from Terraria. The new boss will be aggressive and can teleport to a player’s location. While this may seem simple, it’s still a major addition.

While there are many similarities between Terraria and Core Keeper, there are also significant differences. Both games are top-down sandbox games, but they offer very different types of gameplay.

In Terraria, players start out with a grand perspective. In contrast, in Core Keeper, they start off in a mysterious underground world with limited explanation.

Core Keeper consists of an endless procedurally generated world in the early access stage. It opens with a jungle sequence and then takes the player underground to an alien core. While the game is still in early access, the developer promises future upgrades and more biomes.

Another critical similarity between Terraria and Core Keeper is that players can summon King Slime, a fabled boss from Terraria, in both games. King Slime is very aggressive and teleports to the player’s location.

Another common feature shared by the two games is the crafting system. Crafting is a major part of character progression in both games. Players can use different materials in both games to build and customize their worlds. Gathering materials can be an adventure, and slaying monsters can yield drop items.

These sandbox games have millions of players, and their numbers have been growing. These people liked the crossover and, according to some review platforms, would like to see additional features to this compiled event. 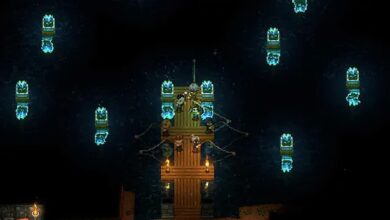 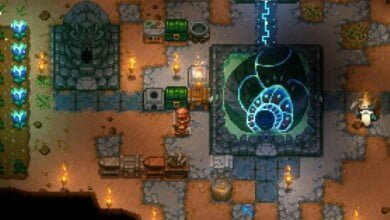 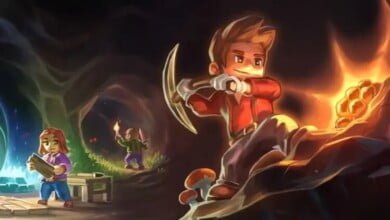