A complete wildlife simulator, “My Time at Sandrock,” was released as an early access game on Steam on May 26, 2022. After its initial launch on Steam, the game attracted attention for its town simulator gameplay features.

From building a town to exploring the new places in the open world, from combat with extensive monsters to romance with NPCs, there is pretty much everything about real life and the post-apocalyptic world in this game.

My Time at Sandrock draws attention with its interesting storyline that takes place in a wholesome post-apocalyptic world 300 years after the Day of Calamity destroyed the most modern technologies we know. You’ll accept a job offer to become Sandrock’s newest builder and arrive in the wild city-state. Everything is up to you; build machines, houses, farms, befriend locals, defend Sandrock from monsters, and experience a detailed story.
There are also lots of mini-games in the game that you can enjoy.

One of the best new features is the multiplayer mode. Playing such a kind of game with your friends would be pretty awesome. Multiplayer mode is not available right now, but developers are working on it.

All in all, “My Time at Sandrock” is an absolutely comprehensive simulator and role-playing adventure game. If you have ever played My Time at Portia, which is the previous game by the developers, you will like this game much more than that.

My Time at Sandrock early access is now available on Steam and Epic Games with its early access version. You can now purchase it for $24,99.

If you want to discover more indie games, stay tuned to IndieWod by following our social media accounts. 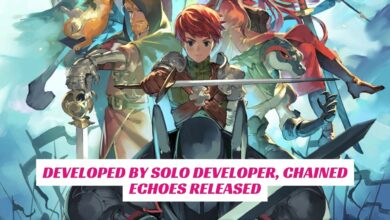