Although Gigabash managed to become very popular after its successful launch, the game still needs some improvement. For example, the number of monsters that players can control is highly limited.

Thus, by considering the concept of the game, we have compiled ten new Gigabash monsters that players want to see in the game! Do not forget to share your opinions with us by leaving a comment on this list!

You can also check out the Gigabash Characters.

Turtles make great titans, both in terms of appearance and skills. Considering the concept and gameplay of Gigabash, a turtle titan can perfectly fit into the game. It can be brutal or a good ally. Perhaps, players can even choose their own gameplay by upgrading between two skills.

We already have Gigaman in the game, which is heavily inspired by Ultraman. So, why should we not have the counterpart to Gigaman? Perhaps a Dark Gigaman? This can be a great villain in the game and bring some color to the gameplay.

Of course, when titans are in question, you need to add some flying monsters to bring diversity to the game. In this regard, developers can have numerous choices, from mythical creatures to flying mammals or dinosaurs to insects and birds.

For many years, we have not seen new simian titans in movies or games. Maybe this may be the best time to revive this legend and attract the attention of gamers. Without a doubt, a simian titan will blend into the game perfectly. Moreover, besides an ape, the developers can also consider a giant monkey.

When people talk about multi-headed titans, Cerberus and King Ghidorah are some of the titans that come to mind. Adding such a titan into the game can significantly change the balance in terms of a character’s strength. Moreover, we are pretty sure that most players will like to play with such versatile characters.

If developers want to go the extra mile, a pachyderm titan could be an amazing choice. Considering the concept of the game, adding such a titan into the game will also polish the overall concept. Additionally, such titans can be quite diverse heroes, which players can play as support or heavy damage dealers.

Of course, an enhanced mecha titan can easily bring more action to the game. Maybe not, but one day, Gigabash will have to add one of these titans to heat up the competition. We already have a full-armor Japanese robot, but an enhanced version of him could be much more interesting and deadly.

Besides Thundatross, adding another mech concept can be quite logical. Unlike Thundatross, this titan can be lightweight and have supportive skills. In addition to this, considering that it is made up of different parts, players can also customize their gameplay according to their wishes by upgrading their skills.

Of course, an alien titan can easily attract more attention. We have already had Pipijuras, which are quite overpowered. Thus, adding another alien titan can help the developers balance the game. Additionally, we believe that many young gamers will love this idea too.

Pollution is a common concept in monsters. So, we believe Gigabash may also create a monster made of garbage or pollution by any means. We have already seen Woolley, and this new titan may offer similar gameplay to players. Considering the maps, such a titan could easily blend into the game. 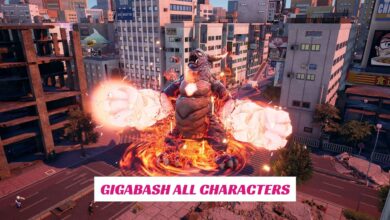