One of the latest tower defense and resource mining games, Dome Keeper, has been in the stores for some time now. First impressions have proved that the game has promising gameplay mechanics and an atmosphere.

The gameplay is based on puzzles and strategic thinking. Players will need to clear the path for their character to proceed. They will also have to gather resources and bring them back to the base.

Players must also keep in mind the weight they carry, as the heavier they are, the slower they’ll be. This means that players will have to learn to balance their resources and upgrade their buildings accordingly. You will need to build your strategy and gameplay according to these factors.

Dome Keeper is Not Easy as It Looks!

The game can be quite challenging and is not geared toward kids. However, it does feature a number of different modes and difficulties. One option is to construct an underground base where you can mine resources and make upgrades to your Dome.

You can also choose to dig a large cave or tunnel to gather resources for your Dome. Ultimately, you’ll have to decide what to prioritize and how to achieve your goals. Building your gameplay according to your needs will reduce your burden and enhance the challenging atmosphere of Dome Keeper.

The difficulty of the gameplay is actually the most criticized property of Dome Keeper. Not just children, but other big players have also been talking about the game’s difficulty.

Be Careful or Lose

You have to be careful while playing if you want to make some progress in the game, because if you lose focus on the game, you may ruin everything you’ve built.

Players are mainly angry that the game does not give so many chances to those who are not extra careful while playing. You may lose everything after hours of playing with a single mistake. It’s something like, once you’re dead, you’re doomed.

Developed by Bippinbits and published by Raw Fury, Dome Keeper is now available with a price tag of $17,99 on Steam. 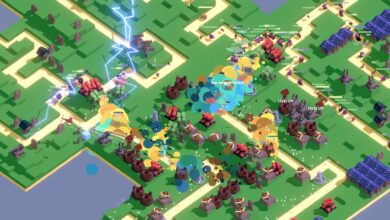