However, it is worth noting that these numbers are provided by third-party sources. Although we trust these statistics, we must also remind you that they may not be entirely accurate. On the other hand, the real player counts are quite close to these figures.

The game lost a great fan base after the launch, and it is still bleeding these days. In our opinion, we should never expect the official release of Scavengers only if the developers manage to attract plenty of players again.

Is It a Good Idea to Play Scavengers Today?

Considering the current player count in the game, it may not be a good idea to play Scavengers. Of course, you can still download it and give it a try. The game is completely free, but it is constantly losing players. The average 44-player count refers to the warning bells that start ringing for the game.

On the other hand, Scavengers had so much potential, which means that we are not giving up hope for the future of this game. We would like to note that the future is not bright for Scavengers, but anything may happen with a good strategy.

But all in all, we should state that we were sorry about these numbers cause the game deserves more. It really offers a great battle royale and first-person shooter experience. 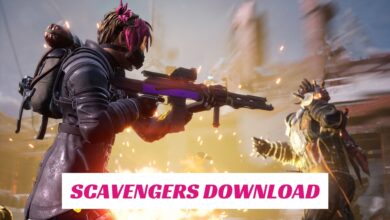